How to Measure the Return on Coaching

Once in a while we are asked for the return on our programs.  Recently, I was attracted so much to this question that I did some research.  I wanted to find out how one goes about measuring the return on coaching.

Yes, you may be able to take the coaching investment and then look at attributable income over the first year, and then follow up years, as long as the client is applying what they learned.  This would create an “ROI” of sorts.  When I analyzed the return on our 1-to-1 Engagement Coaching clients who we worked with for a year, the calculated ROI was as little as 3X to as high as…well the highest return calculated was well over 300x.  More importantly our client’s income was multiplied, from 50% to 400% or more.

Last week, a client shared with us that they can specifically identify a financial return of 20X.  Heck, in today’s stock market, we are happy if we see 8%.  Put that in perspective.  A $10,000-dollar investment in the stock market will yield $800 this year.  The same investment has yielded $30,000 to $200,000.   We have seen clients increase their income by far greater than this (one client moved to several million for each of the next four years), but coaching is a two-way street.  The coach can share all the powerful insight they wish, but the client needs to implement these approaches to realize a return (see number 6 below).

[Tweet “The ROI on coaching is more than just a financial return.”]

It is essential to understand there is more to coaching than a financial return.  For example, in the publication “Coaching: An International Journal of Theory, Research and Practice”, the article Evaluating the effectiveness of executive coaching: beyond ROI?, Kenneth P. De Meusea, Guangrong Daib, and Robert J. Lee studied the impact of coaching.  They concluded:

Both the meta-analysis of the empirical research and the review of the retrospective studies revealed an overall positive effect of executive coaching. We highlight the following observations:

[Tweet “The ROI on coaching is a direct function of what you implement.”]

Personally I have been coached for the last six years.  I am smart enough to realize I am not smart enough to grow my business on my own.  Very few people are.  For empirical data supporting both the financial and qualitative growth, please click here.

Many CRE professionals are so focused on making money that they don’t consider what the money means to them. The reality is money solves all the problems that a lack of money creates. Join us for a free webinar on April 26th at 2 PM Eastern to learn how coaching not only can help you maximize your income, but also create more margin in your life to do the things that are actually important. 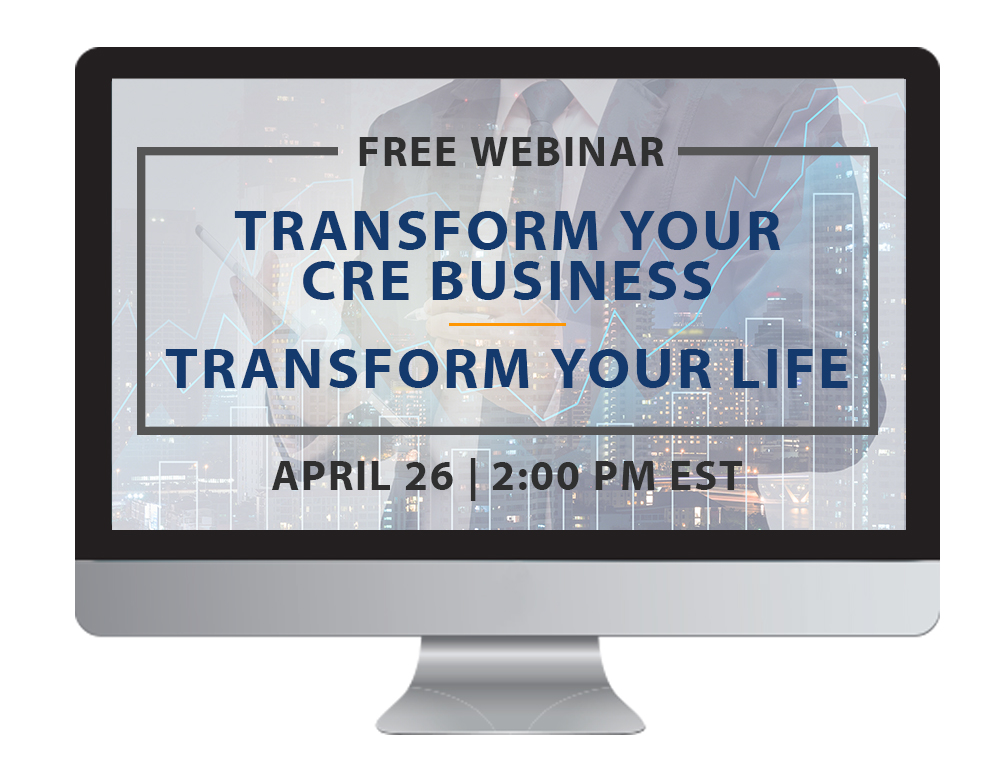